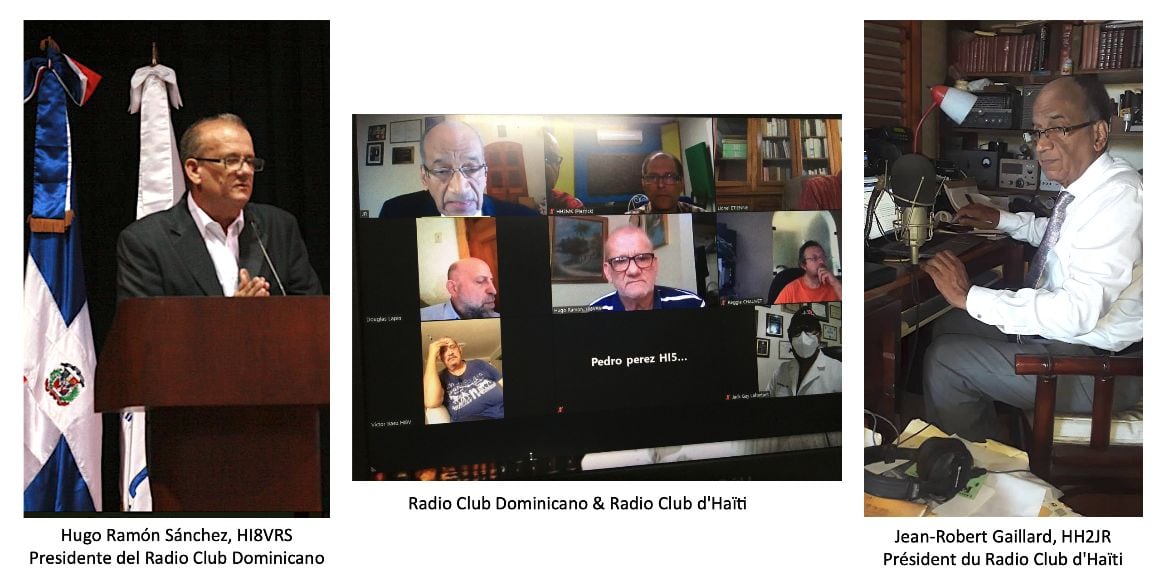 During this meeting, a protocol for the presentation of its members was developed, followed by a few words from both presidents and then a short dialogue directed towards the need for these meetings to face future calamities and disaster mitigation.

Both presidents, Mr. Hugo Ramón (HI8VRS) and Jean-Robert Gaillard (HH2JR), emphasized the need to coordinate efforts in order to maintain communication channels between both institutions.

The meeting had the participation of the following radio amateurs:

As a next step, a virtual working meeting was contemplated to coordinate the points discussed above.
At the end of the meeting, both presidents exchanged messages of praise for all radio amateurs.