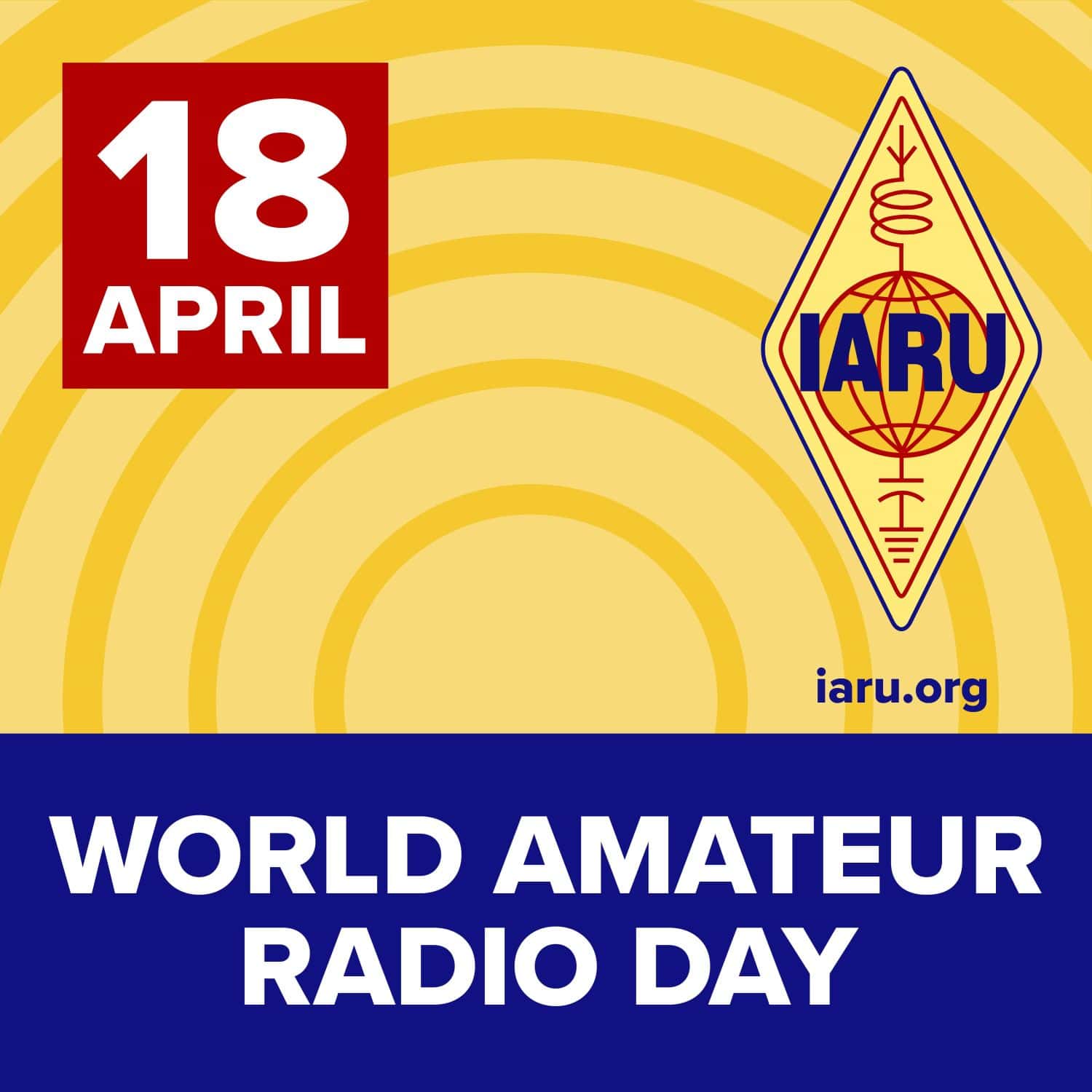 World Amateur Radio Day (WARD) is an opportunity to celebrate the many accomplishments and contributions of amateur radio to the communications technology revolution which has dramatically impacted the daily life of virtually everyone on the planet. Many of these technologies and techniques started as experiments, not by governments or commercial enterprises, but by radio amateurs.

WARD 2021 commemorates the 96th anniversary of the International Amateur Radio Union’s founding in 1925, where amateurs first met in Paris to band together to give voice to these early experimenters to national governments and international bodies representing all radio amateurs.

The almost universal adoption of mobile technology created ever increasing demand on a finite resource, the radio spectrum. Access to useable spectrum is the fundamental base on which amateur radio was built and continues to be developed. As a result, amateur radio is very different than decades ago. Embracing new technologies and techniques has greatly expanded what amateur radio is and opened further possibilities as to what it could be. The proliferation of technology also means that the ongoing experimentation and innovation in electronics, radio frequency technique and radio wave propagation is no longer only the traditional realm of the radio amateur but also includes university research satellites, the “maker” community, and other non-commercial experimenters: citizen scientists.

Looking ahead, this ongoing evolution of the telecommunications ecosystem makes it clear that the national Member Societies of the IARU and IARU itself must also continuously change and adapt. A century later, the future possibilities are as exciting as ever.

Celebrate World Amateur Radio Day. The pandemic and more localized natural disasters continue to demonstrate the value of ordinary citizens as technically skilled contributors to society. The original social network is robust. Expose someone new to amateur radio (properly distanced), get on the air and contact the many special event stations, on HF, VHF, or satellite.