CITEL resumes face-to-face meetings with the participation of IARU 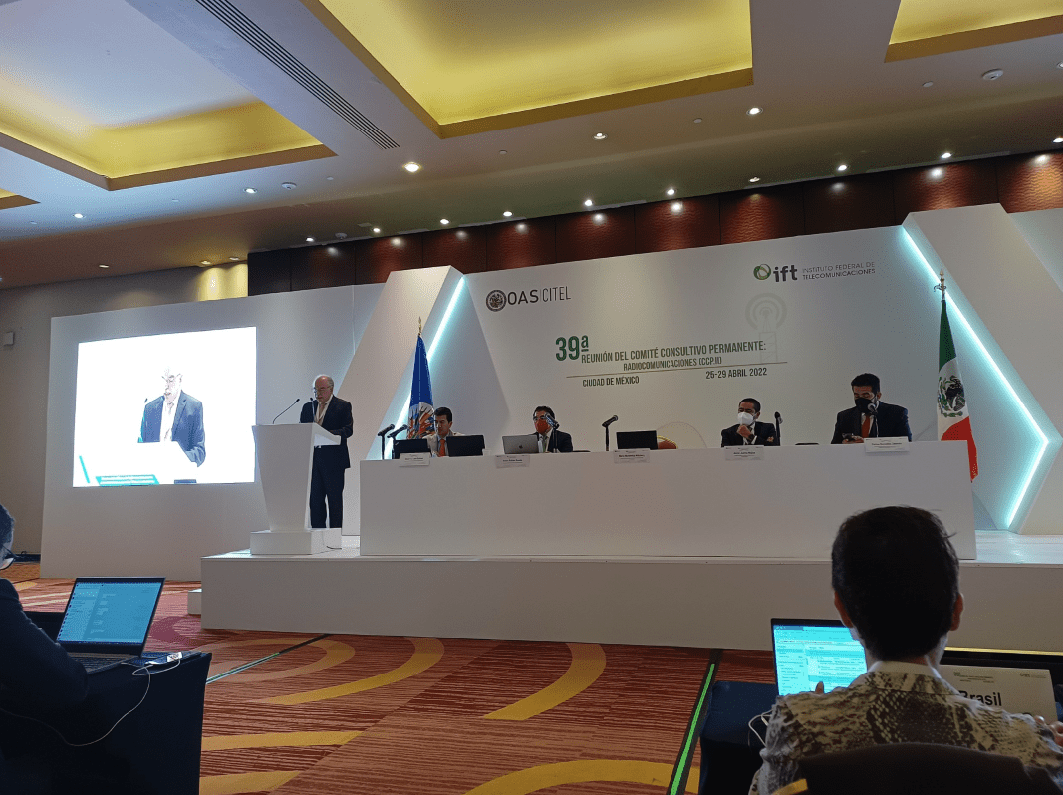 After the toughest period of restrictions imposed by the COVID-19 pandemic, the Inter-American Telecommunications Commission (CITEL) of the Organization of American States (OAS) finally returned to hold a face-to-face meeting last month of April in Mexico City.

Approximately during the last 2 years the meetings were virtual, but with limitations in the progress of the work and to the positioning of the countries of Region 2 (American Continent) to be taken to the next World Radiocommunication Conference (WRC), which will be held in 2023.

Now in the 39th edition (in person), more details were provided for the defense of 10 GHz in the face of debates and studies about possible sharing of the band with IMT (International Mobile Telecommunications) applications, one of the themes of WRC-23.

Additionally, possible actions to be made by CITEL were also informally discussed to encourage the adoption of the International Amateur Radio Permit (IARP) by more countries.

Radio amateurs are also traditionally part of some OAS country-member delegations, contributing to the discussions and acting as rapporteurs on WRC-23 agenda items.

IARU also remained active in other regional telecommunications organizations (RTO), such as the European Conference of Postal and Telecommunications Administrations (CEPT, Region 1) and the Asia-Pacific Telecommunity (APT, Region 3), carrying out similar actions to CITEL in their respective regions. IARU maintains regionals and global coordination that allows the exchange of information and integration of its collaborators.

Bryan Rawlings VE3QN, Paul Coverdale VE3ICV, Jon Siverling WB2ERA, Victor Pinilla XE1VP and Flavio Archangelo PY2ZX were among those followed and contributed to the discussions happened in the CITEL meetings.

Photo: Mario Maniewicz, Director of the ITU Radiocommunications Bureau, in his opening remarks at the 39th meeting of CITEL/CCP.II.