To prepare the Dominican population on how to respond to an evacuation process in the event of an earthquake, the Dominican government, through the Emergency Operations Center (COE), successfully conducted a Simulation and National Evacuation Drill. During the exercise, the eight objectives set by the COE for coordination and preparation steps were achieved. The institution’s director, Juan Manuel Méndez García summarized these objectives: exercise the contingency plan in case of an earthquake to strengthen the preparation and response of public and private institutions, as well as the population, should there be an earthquake, considering the additional complications imposed by the COVID-19 pandemic.

Besides, validate the activation mechanism of the COE in the face of a seismic event; verify the evacuation process for public, private and family institutions; review the activation procedure of specialized response groups, among them: Urban Search and Rescue Teams (USAR), Emergency Medical Teams (EMT), Chemical, Bacteriological, Radiological and Nuclear Detection Equipment (CBRN); ratify the procedure for activating the emergency telecommunications mechanism; verify the installation of one mobile hospital; supervise the installation and operation of a mobile command post, and examine the tsunami communication protocol between ONAMET, National Seismology Center (CNS) and COE in the case of an early tsunami warning.

Director Méndez García added that within the framework of the drill, the population reported their participation through a digital platform designed to receive images and videos about the evacuation process of institutions, families and companies. Likewise, he pointed out the importance of the exercise, which he considers vital “because it is not a secret to anyone that panic is an issue among the population in the case of an earthquake”.

Radio amateurs were represented during the drill by members of Radio Club Dominicano. A team of amateur radio operators assembled and brought into operation a repeater in record time, serving as practice and a demonstration to measure the time needed to restore communications as a part of the simulation.

Joining the activity were radio amateurs from other communities, and there was substantial participation of members of our organization. 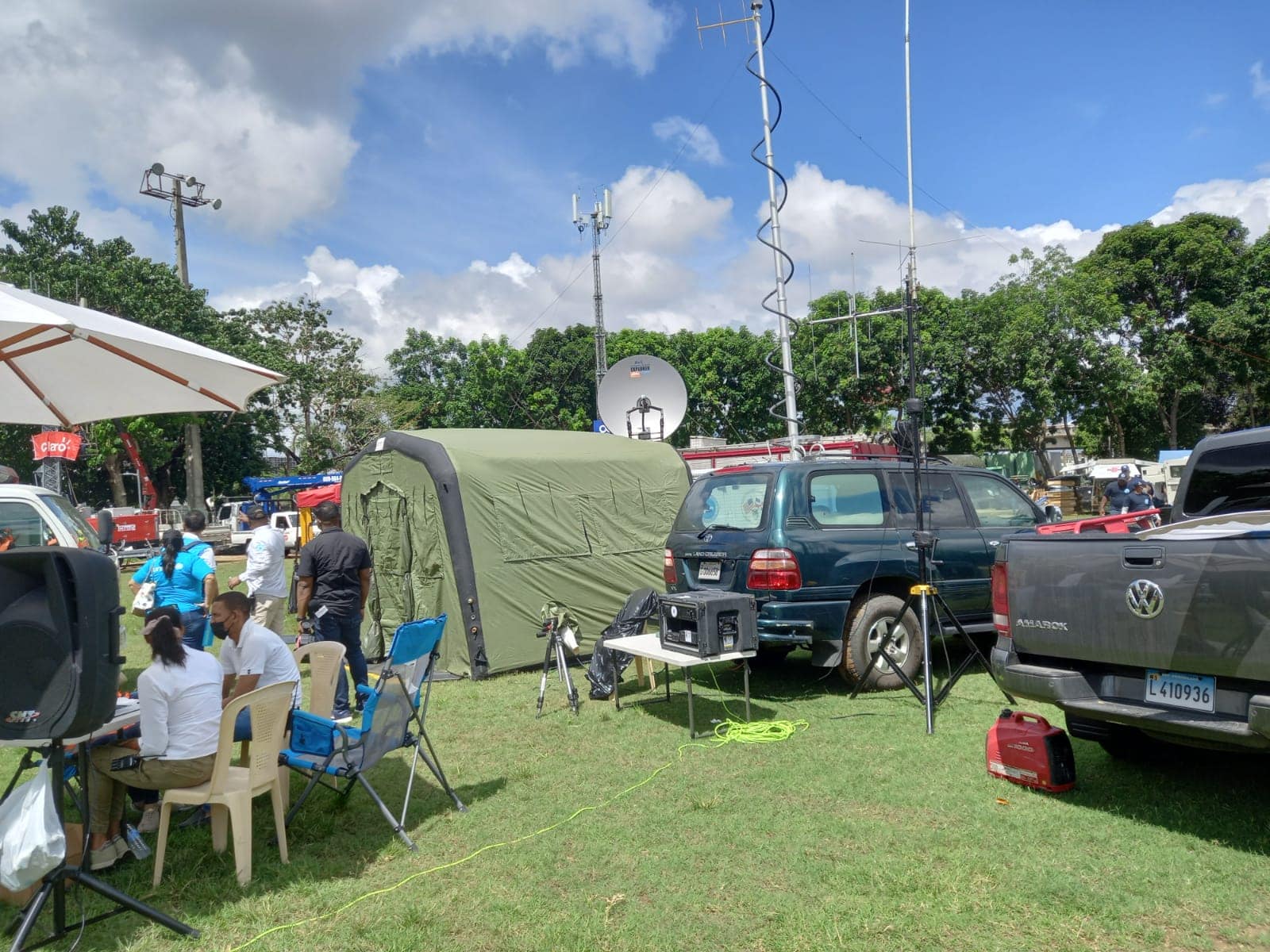 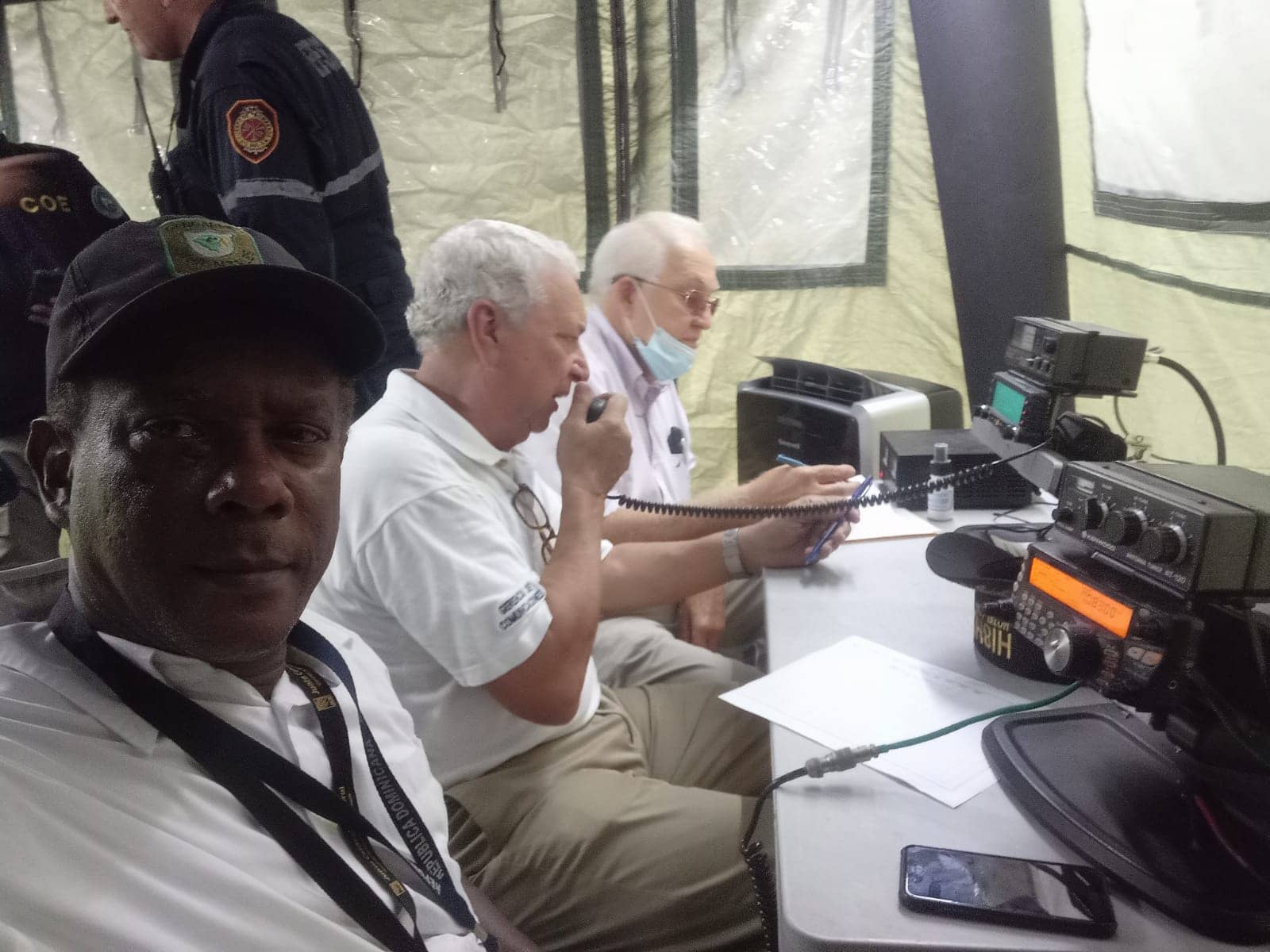