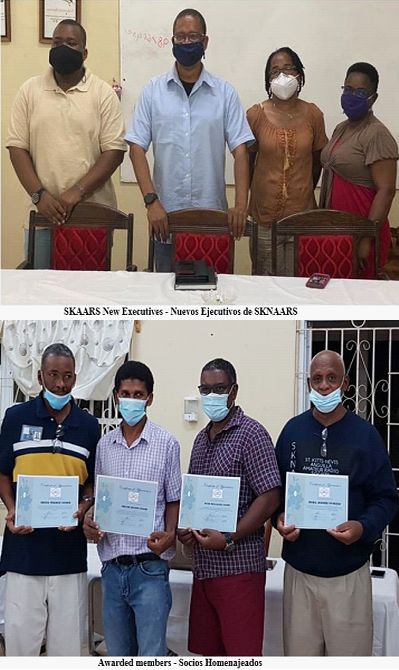 The results of the elections were as follows: Mr Kennedy De Silva, V44KEN was elected as president, Mr Ozbert France, V44OF was elected Vice President, Mrs Jessica St Luce-Warner, V44LW was returned unopposed to the position of Secretary and Mrs Patricia Isaac-Williams, V44PAT was elected as the Treasurer.

The Membership also received reports from the President and the various Standing Committees of the SKNAARS and approved amendments to its constitution which will be enforced on 1st February 2022.

The new president in addressing the Membership thanked them for the confidence placed in him and noted that there is much work to be done especially in targeting and resolving the spectrum interference matter that has and continues to plague its Membership for over four (4) four years and obtaining a permanent home for its Members.

The St Kitts and Nevis Amateur Radio Society is a nonprofit organization that has been in existence in the Federation of St Kitts and Nevis since 1973. The Society has and continues to invest in the community through training and outreach initiatives for all persons interested in spreading friendliness over the airwaves.