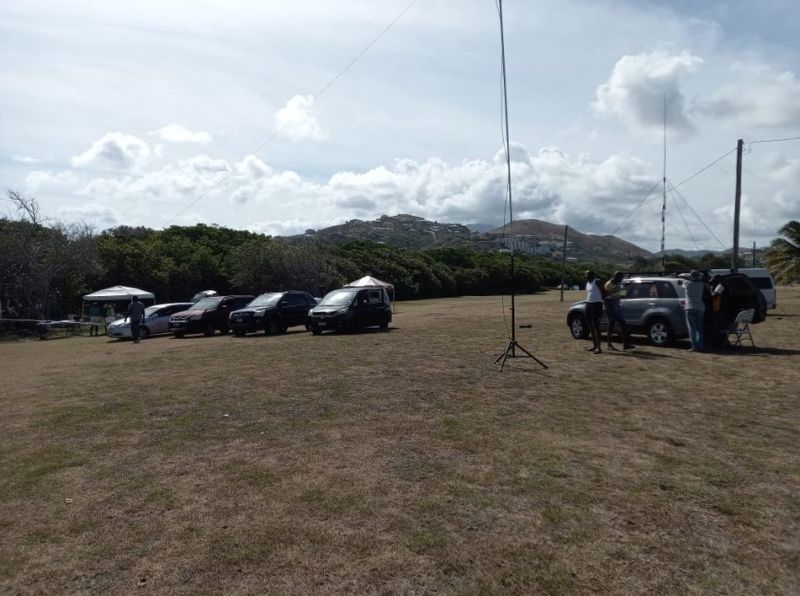 The St. Kitts Nevis Anguilla Amateur Radio Society (SKNAARS), now renamed the St. Kitts Nevis Amateur Radio Society (SKNARS) was formed 12th April, 1973, 49 years ago. The organization functions under the slogan FRIENDSHIP OVER THE WAVES and is one of the oldest functioning Non-Governmental Service Organizations on St. Kitts and Nevis. Amateur radio is probably the oldest social media worldwide, with operators in all corners of the Earth communicating without borders, in all languages, and irrespective of age gender or race. It is a hobby where operators establish contacts with colleagues at the local, regional, and international level, including with operators on the International Space Station, while experimenting with equipment, antennas and modes of operation.

Amateur Radio organizations have provided invaluable service to their countries, when traditional forms of telecommunications became nonfunctional, due to destructive impacts by natural hazards. For example, in St. Kitts Nevis, SKNARS provided communications to our government after the impacts of Hurricanes Hugo 1989, Luis 1995, Marilyn 1995, Georges 1998 and Maria 2017. Besides, it has provided communications during other events and sports competitions.

As part of its 49th anniversary celebrations, the Society held a Field Day on Sunday 24th April 2022, an event whose main objectives were:

The activity was also used to raise much needed funds towards the construction of its Headquarters.

On this occasion, IARU-R2 congratulates SKNARS for its name update, for its 49th years representing the radio amateurs on its territory, and for holding events that promote amateur radio and preparedness among radio amateurs, wishing them many more years of successful operations.